Last Thursday I had the pleasure of attending the media launch of The Black Swan – a new pub in Leeds on Call Lane that used to be Bar Room Bar.

Now Bar Room Bar is somewhere I did used to go occasionally during my years as a student, however stepping into the Black Swan on Thursday I realised it had been completely transformed and I much prefer it now.

The overall atmosphere is cosy, it’s definitely somewhere I could go with my boyfriend, friends and even my mum! For some food, or just a quick drink, it caters for both audiences.

On arrival we were treated to a special ‘Bloody Mary’ cocktail, that was pretty strong. After chatting to some other bloggers and journalists we were then ushered into the main eating area downstairs, where the open kitchen and humongous pizza oven is based. 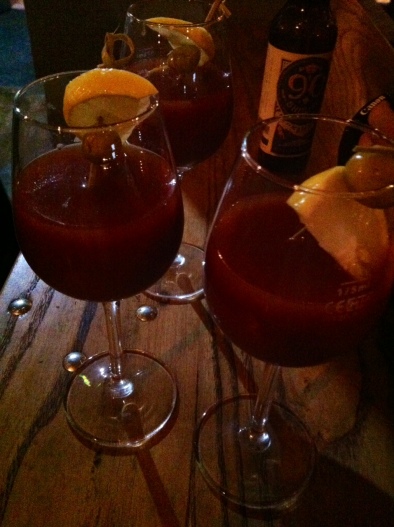 Whilst one of the head chefs taught us about sour dough, two of the bloggers who attended had the opportunity to don an apron and have a go at making their own pizza. Not only did we get to sample their creations after, we were also treated to some homemade sour dough focaccia bread, to dip in balsmic vinegar and olive oil. The bread was impressive, very soft with a slight saltiness that was completely moreish and made me instantly want to come back, just to eat the bread again. (I am also quite sensitive to gluten, but this bread didn’t seem to affect me, probably because it was so fresh and homemade). 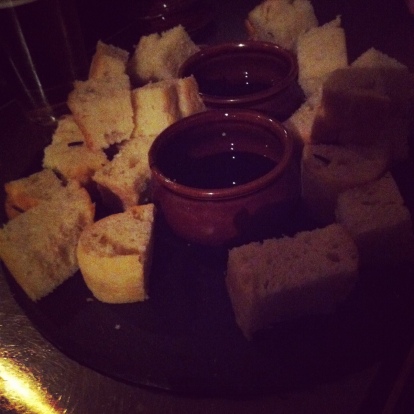 Next up was a cocktail making class from the expert bar staff. We were first taught how to make an Espresso Martini – which is one of my favourite cocktails and their version certainly didn’t disappoint. The cocktail was sweet but not sickly and I could have happily had several more. 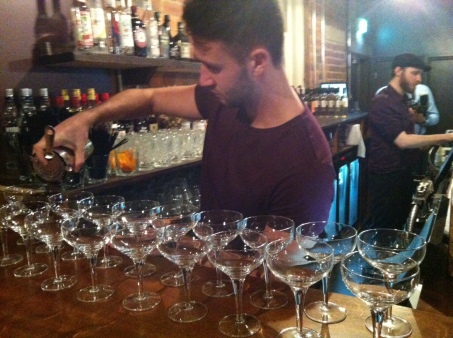 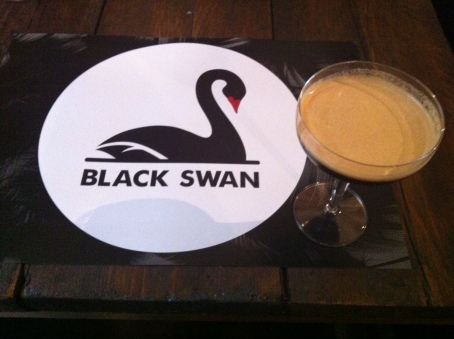 Also during the night I sampled the Mojito and a Pink Swan. The Mojito was great but I have to say I wasn’t a huge fan of the Pink Swan as it was a little sickly for me. It looked very pretty though and even came with an edible flower!

After the cocktail making class we sat down to a pub quiz that was all about Leeds! My quiz team partner, Nathan, and I, were hopeless at the picture round but we did manage to get some right in the main quiz, so we were quite chuffed with ourselves.

Overall the night was fun, informal and informative. Well done to the fabulous Shackleton PR guys who organised it – I know how hard they worked.

A lovely end to the night was when we each received a Black Swan goodie bag, complete with our own jar of sour dough and some Black Swan slippers, which highlights their ethos that the pub should be a ‘home from home’.

The next day I actually was lucky enough to be invited back to sample their lunch menu. Choosing the venison with dumplings was definitely a good choice – it was really comforting and tasty. I had a cheeseboard for pudding but I have to say my fellow diner’s apple and blackberry crumble looked even better.

Thank you Black Swan Leeds for a great evening and lunch! I shall be back…