As the hashtag #TBT (throw back Thursday) is very popular, I thought it would be nice to try and do an occasional TBT post on places that I have been fortunate enough to visit, but didn’t have a blog to write about it at the time.

In December 2012, after spending Christmas in Abu Dhabi (more on this another time) my family; Mum, Dad, James (little brother) and Howard (boyfriend) went to Jordan.

This was actually a great idea (well done Dad), as it was half way between Abu Dhabi and England, which broke up our journey home AND it was a brilliant trip.

Heading straight to the beautiful rose-coloured city of Petra, we stayed in one of the (few) hotels near the UNESCO site. There were a few local restaurants nearby, much to my delight Jordan delicacies are very similar to its neighbour’s, Lebanon (think humous, pitta, fresh salads, grilled meat) and it wasn’t too expensive either. At least I don’t think it was…The benefits of going on holiday with your parents…(thanks Mum and Dad).

We spent three nights there, it was at least a mile to get to the heart of the heritage site from the entrance and even by the end of the first day both mine and my mum’s calves were aching like mad. We climbed up dusty hills and stumbled across beautiful archaeological remains of temples, tombs and houses carved into the red rock. 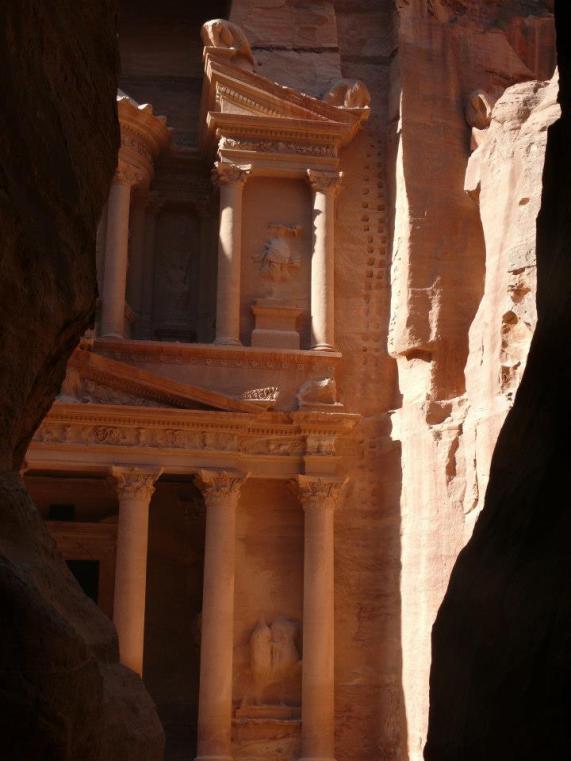 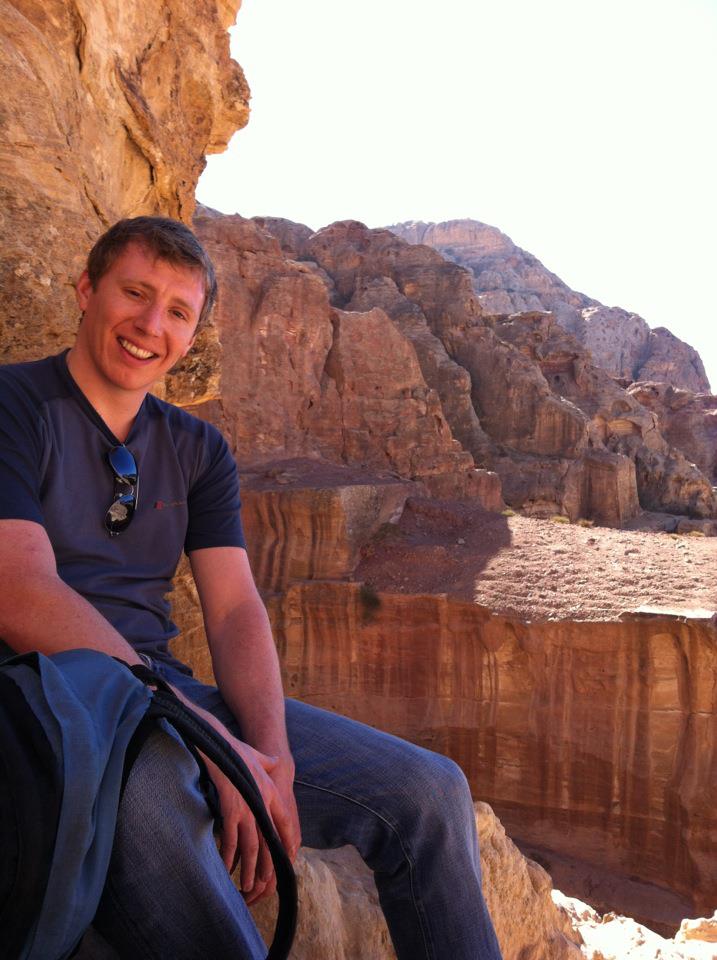 When walking gets too much there is plenty of other transport on offer. Whether it’s on the back of a (poor) little donkey (not something I felt comfortable with trying), a camel or a horse, if you’re worried your tired achy legs can’t handle any more walking – there are several other options. 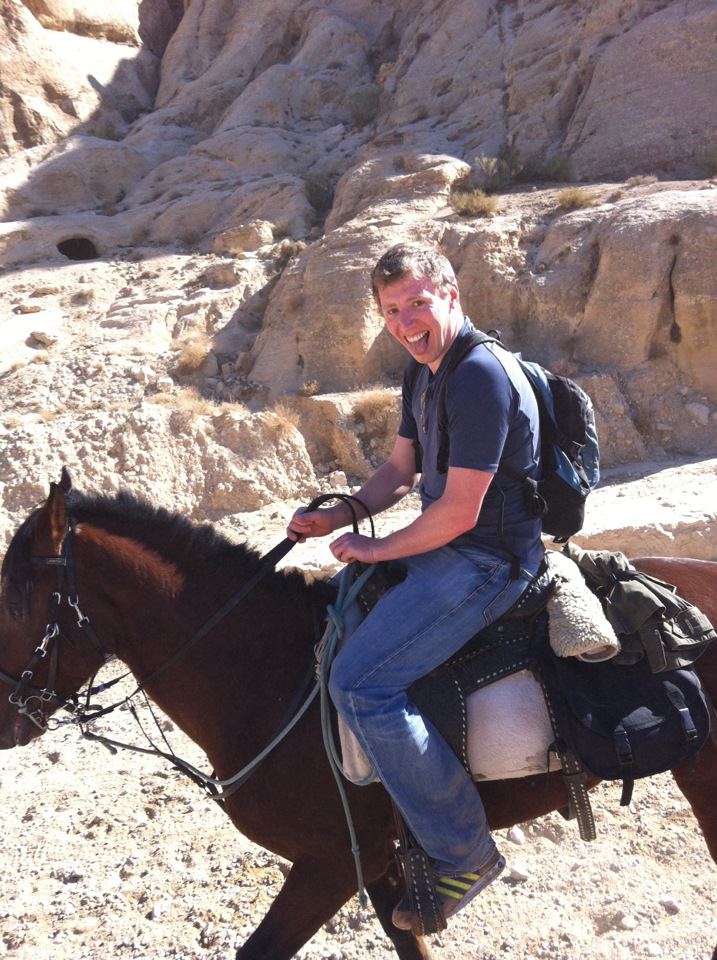 As you can see from the photos above, (most of which were taken by my talented dad Nick Nunnington) although it was December, it was still warm enough to get away with just wearing a long sleeved top and jeans. It was very warm in the sunshine and all the brisk walking and clambering up rocks definitely kept us for getting cold.

However in the evening when the sun went down it did get quite cold so if you are planning on visiting this Christmas – take lots of layers to wrap up warm later on!

One of my favourite evenings was when we went on a lantern lit walk through the site. It was very romantic and the atmosphere was fabulous. So many stars to be seen in the clear sky too, it was definitely something I wouldn’t miss. 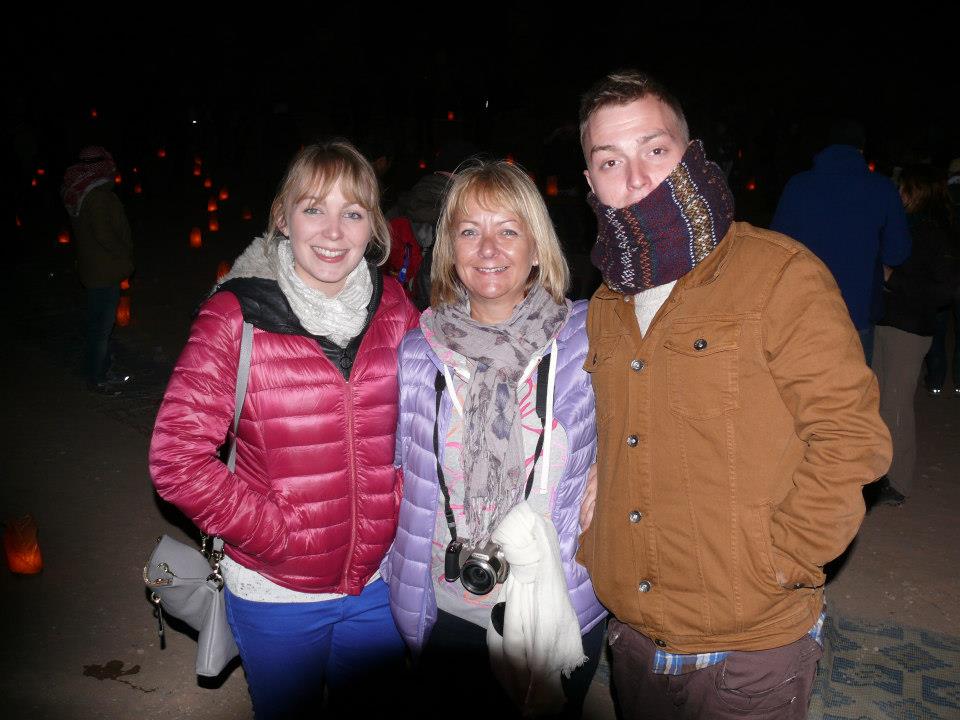 In terms of night time entertainment, in the area next to the rose city itself, there isn’t that many  lively places. However we did discover the Cave bar – which unsurprisingly was in a cave! It was quite loud with some interesting choices of music, but well worth a visit, especially if you’re looking for a late night tipple.

After your Petra trip, there is nothing else for it, a stop off by the Dead Sea is a must. Soothe your achy limbs in the salty waters that are so buoyant, it is apparently quite easy to drown if you swim on your front(!). It was certainly an interesting experience, it’s hard to describe really, but swimming is pretty impossible as your feet just keep floating to the top and out the water! It’s perfect for those wanting to lie back and sunbathe, but at the end of December, it just wasn’t quite warm enough.

Don’t be fooled like us either, the sticky black mud you find in the sea apparently isn’t the stuff they use in spas – you need to go further out / dig deeper to get it. I of course only found this out after I had covered my whole face in the stuff. 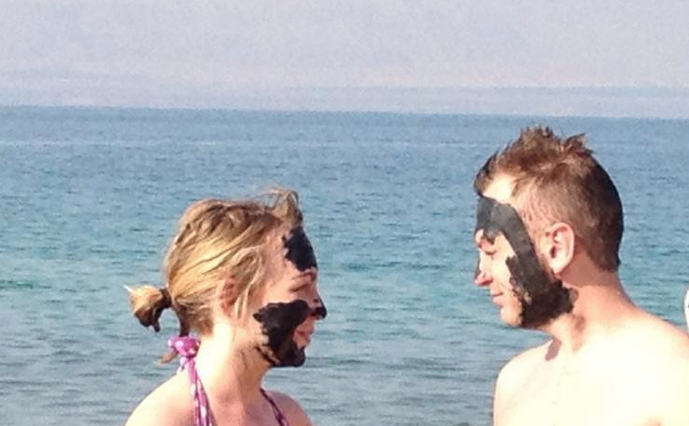 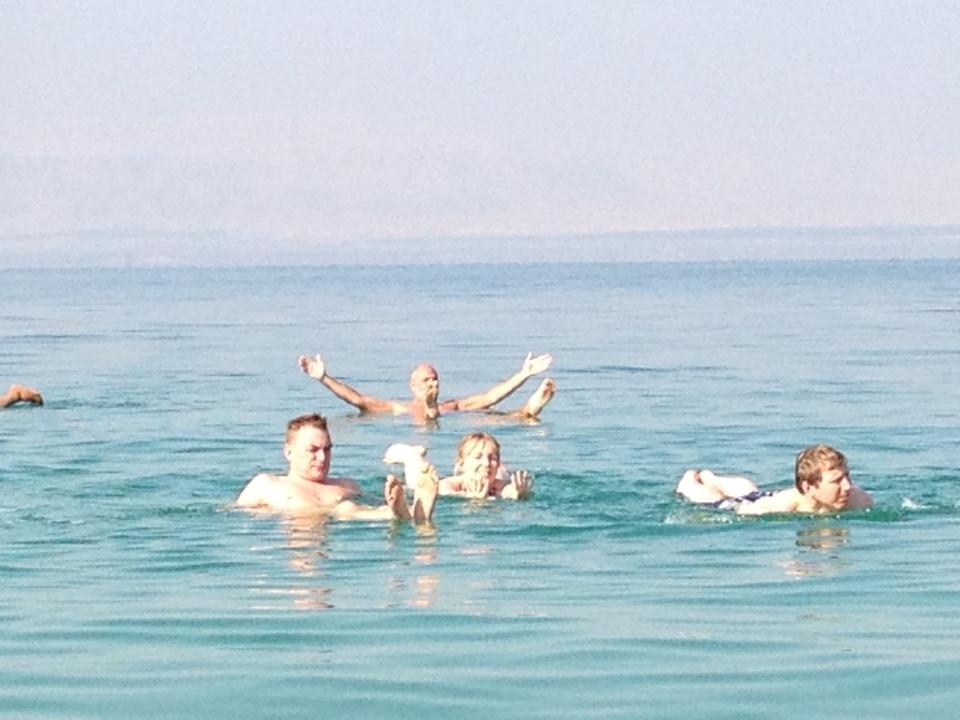 Our trip came to a conclusion in Jordan’s capital, Amman. Howard and I had just one night there and it was definitely a good place to discover even more of the country’s culture. There are lots of different sides to the city, from the modern to the old, but you can spend an enjoyable day or two wondering around, sampling tasty lentil soup and munching on falafel wraps and stopping to smoke shesha and play cards in a late night cafe.