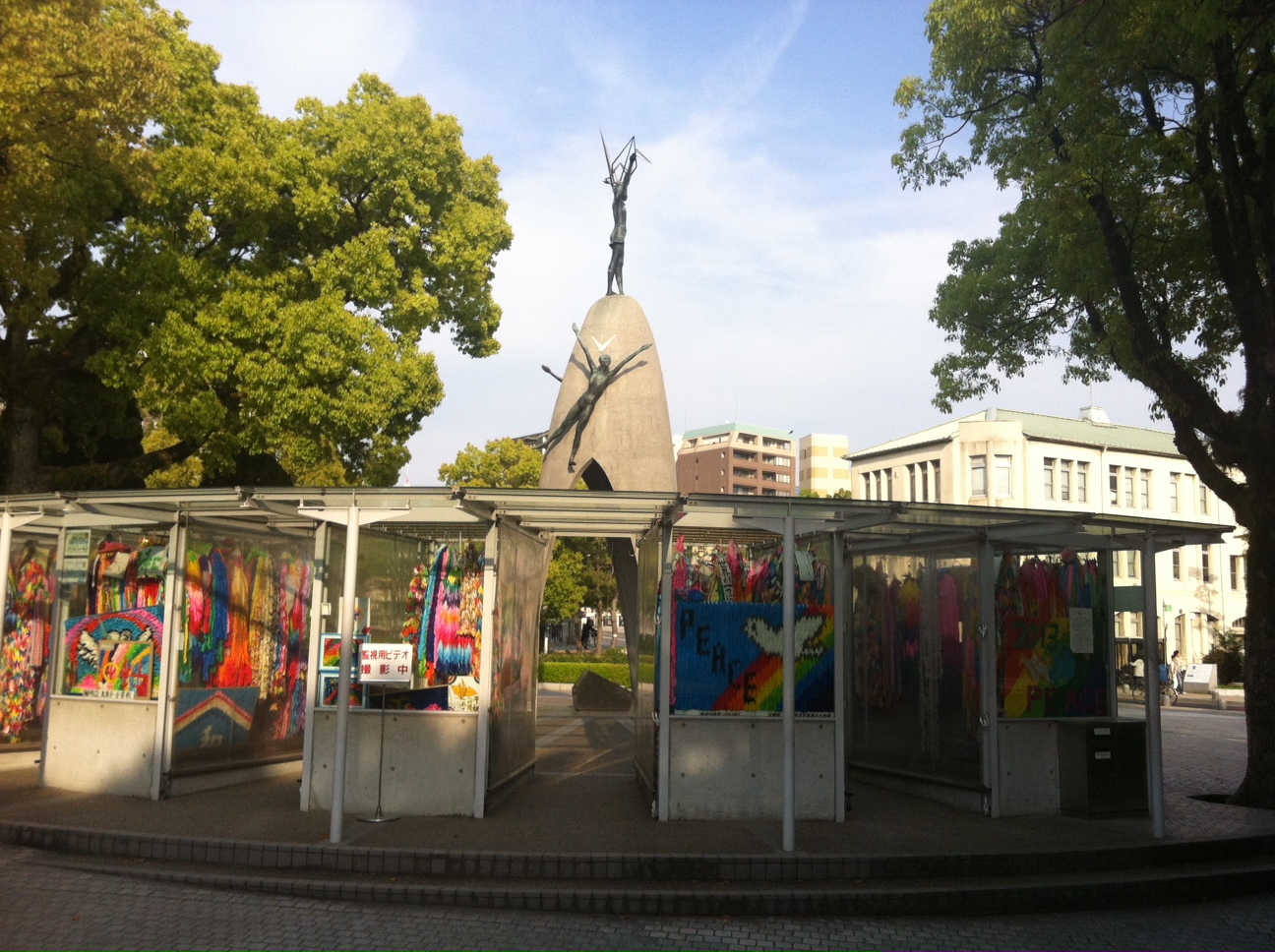 During our time in Kyoto we spent one of our days visiting Hiroshima.

Although this was by no means geographically close, the super fast Shinkansen made it very accessible and we reached it in under 2 hours, making the most of the last day of our Japanese Rail Pass.

I had always wanted to visit Hiroshima due to my fascination with WWII history. As most of you will know, on the 6th of August 1945, the World’s first Atomic Bomb was dropped on the city.

The effects were devastating. It’s only when you go and visit the city yourself that you can even begin to imagine how truly horrific it must have been. 166,000 people died in the first 4 months following the bomb, this number increased in the years to come as radiation poisoning caused incurable diseases such as cancer.

Arriving into Hiroshima station it is fairly easy to get to the Peace Memorial Park – just come out and turn left and head to the tram stop. Once you’re on the tram you can’t miss it.

The first sight that hits you is the Atomic Bomb Dome. Everyone inside this building, when it was the Industrial Promotion Hall, was killed instantly due to the bomb being dropped almost directly above it. Surprisingly, the building was one of the few that stayed standing. Although at the time many of the locals weren’t happy about it – a decision was made to keep it as a memorial of the devastation.

As we walked around the Atomic Bomb Dome we came across a man who had survived the blast. He was openly talking to people and sharing folders full of information that he had put together. It included photos of his grandparents who had died as a result of the ‘black rain’ which fell after the blast and caused severe radiation poisoning. Although he was offering tours around the museum, he was more than happy to stand and talk, and to educate. It was an honour to meet him. 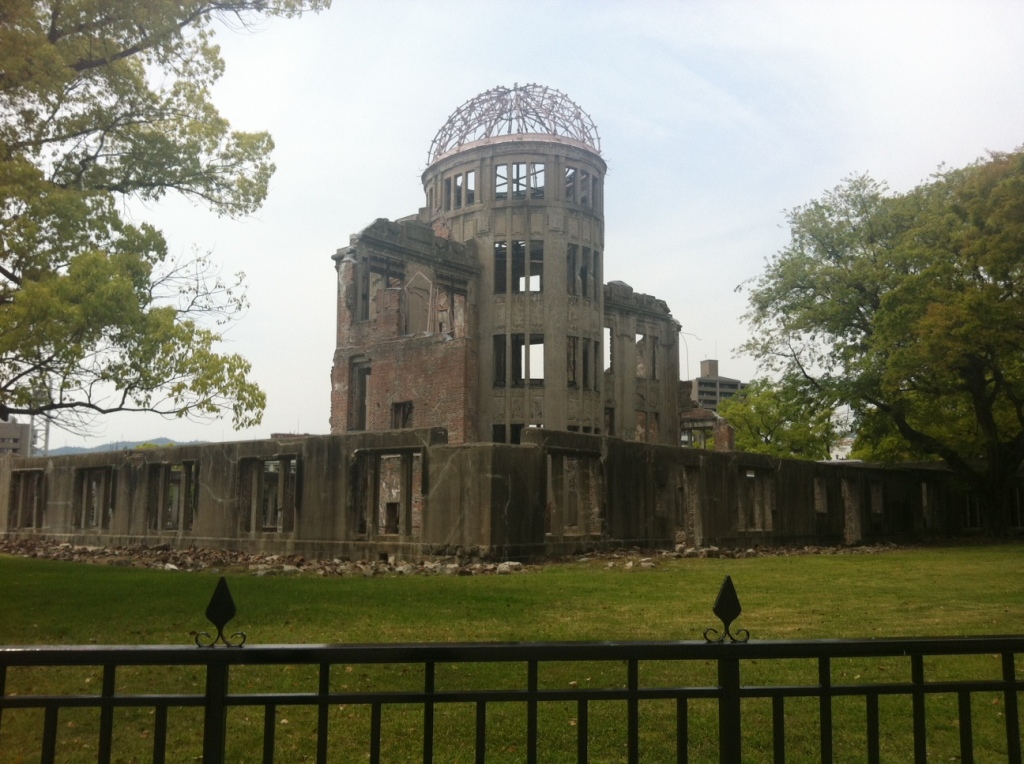 Visiting Hiroshima’s Peace Memorial Park, which houses the museum, was a sobering experience – especially the museum. I wasn’t quite mentally prepared for how I would feel walking around. I didn’t speak to Howard whilst I was there, we both walked around separately.

The museum was silent and rightly so. The information, the photos, and the sights it displayed were extremely shocking and upsetting. The numerous pieces of children’s burnt and shredded uniforms, each accompanied with the story of their death, was really, really hard. One case even showed burnt skin and finger nails which was actually the most shocking part of the museum.

The story of a girl, Sadako Sasaki, who died when she was 12 really touched me. There is a sculpture in the park that was created especially in her memory.

Sadako developed leukaemia when she was 11 in 1955, after she survived the initial blast 10 years previously. She believed that if she created 1000 paper cranes (like swans) she would survive. Sadly Sadako died before she could finish her task and as such her sculpture is of a huge crane, with thousands of paper cranes in glass cases behind it. 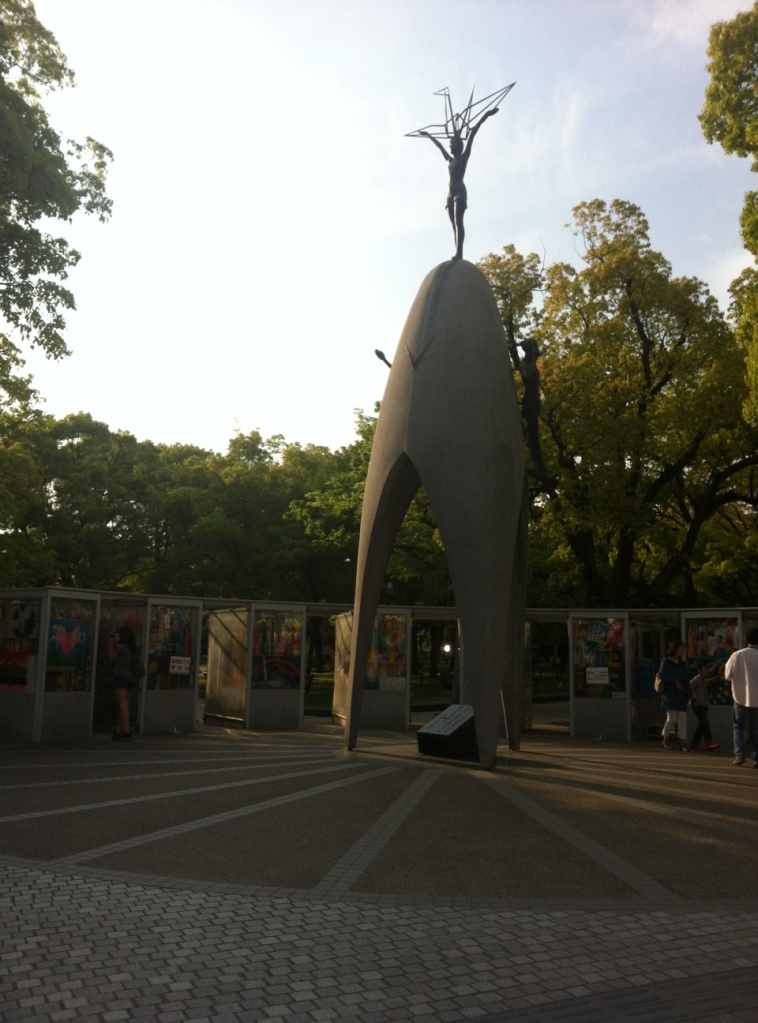 Another key aspect of the museum was an education into just how many nuclear weapons Britain, America, North Korea and other countries actually have. Japan has none and is campaigning for other countries to do the same, to avoid such devastation from ever happening again. It definitely gave me a lot to think about, and I would recommend spending at least a day in Hiroshima to anyone considering visiting Japan.

Leaving the museum, we walked around the park, which is lovely. The rest of Hiroshima is a typical Japanese city, full of modern buildings, busy roads and lots of culture. It’s amazing to see a city that has been completely rebuilt and full of life. 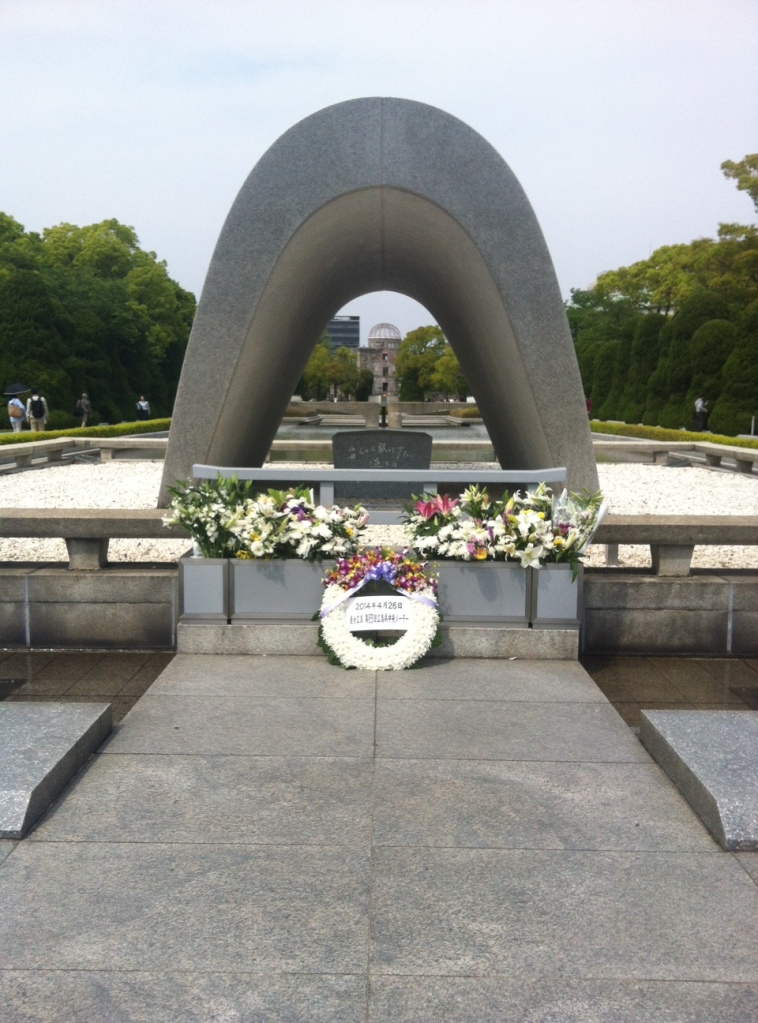