My boyfriend and I are always guilty of booking a holiday and then cramming so much in that we both come back more exhausted then we were before we went.

I say my boyfriend and I…It’s probably myself and my too organised planning that’s to blame!

Apart from when we visited my parents in Portugal two summers ago, we hadn’t really ever had a ‘beach holiday’ and with 4 days of holiday left to use, we decided we would go somewhere to just chill.

Choosing where took longer than anticipated, due to us wanting to fly on a Tuesday and return home on a Sunday, but with the help of Sky Scanner, we found an Easy Jet flight to Kos from Gatwick and a return flight with Ryan Air which landed in Liverpool.

We ummed and ahhed over which hotel to pick. I had heard that whatever star rating a hotel in Greece has, it’s usually at least one less than that compared to hotels in England.

I found a gorgeous 5* hotel that would have cost over £650 for 5 nights (no food or drink included) with a stunning infinity pool. However the reviews were a bit hit and miss and it wasn’t very close to anything else.

After a lot of deliberating we actually went for the 3* Diamond Hotel Apartments for just £170 which turned out to be really great value, and we were so pleased we picked it!

The furniture around the pool could have done with a re-paint as it looked quite tired but apart from that it was peaceful, the beer was pretty cheap and our room was clean and most importantly mosquito free!

We went from the 9th September and checked out on the 14th, there was usually only five other families / couples around the pool which meant it was a perfect place to relax. Plus it was very, very hot! 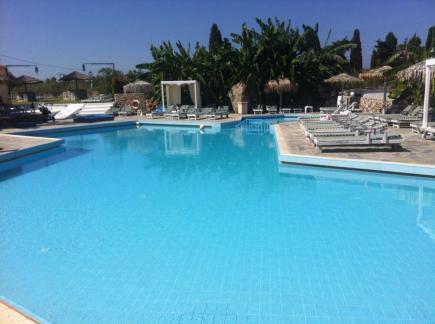 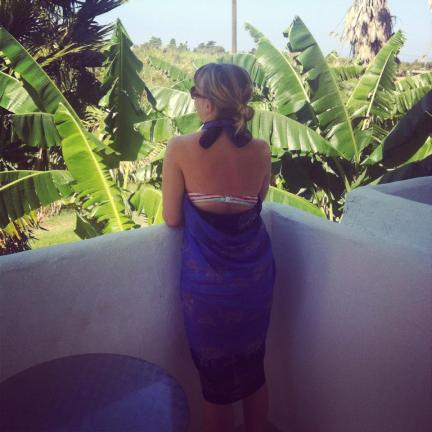 On our third night we went for a special meal as it was our third year anniversary. We had spotted Barbouni during a walk along the beach on our first night and it was a great choice. With mainly seafood and Italian food on offer, the portions were generous but presented beautifully. The staff were excellent, very friendly and attentive. We enjoyed it so much (£60 for 3 courses each wasn’t exactly expensive either) we decided to go back on our final night. 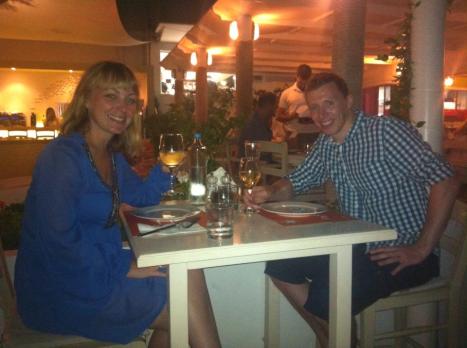 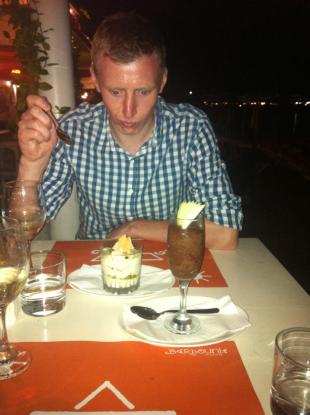 We also ate at a local restaurant called Pantheon which was very cheap but very tasty. We went there on our first night and went back there on our fourth as we had enjoyed it so much. Our only mistake was eating at a very busy, touristy restaurant bang in the centre of Kos town on our second night. Unfortunately I can’t remember the name of it but it took forever to get served and when we did the quality was very disappointing.

As it is in most places, it’s definitely worth heading off the beaten track a bit, or paying a bit more for seafood on the beach.

After three and a half days lounging by the pool, reading books and listening to music we decided we were allowed one day of adventure! Howard has a motorbike licence but we decided a scooter was more than big enough to take us on a tour around the tiny island. 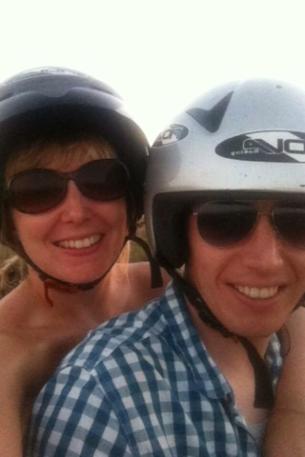 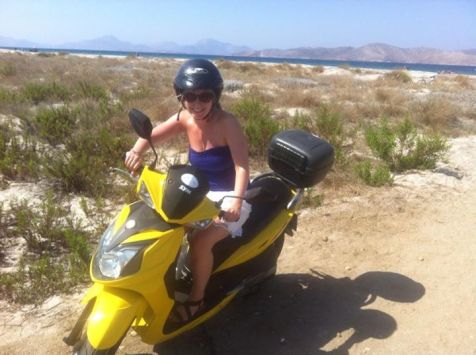 Hiring one for just 20 euros was very straight forward, we travelled for about 30 – 40 minutes before stumbling across a very deserted looking beach. Paying 5 euros we were given two sunbeds, free wifi and later an amazing view of the sunset. 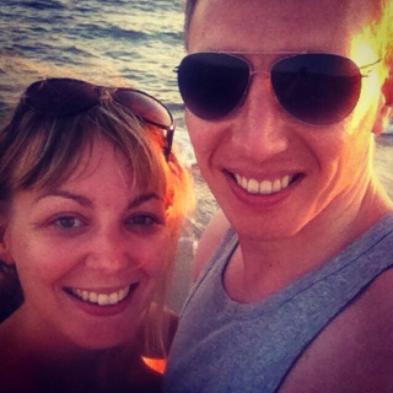 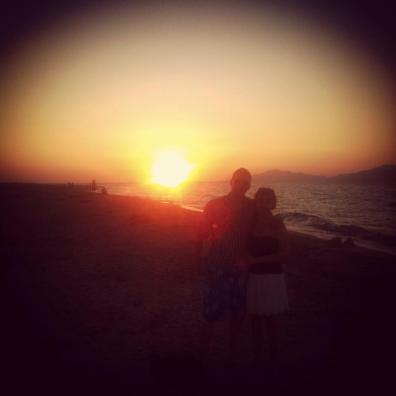 Although the plane journey was twice as long (4 hours) than if we had visited Spain or France, even just for five days we both felt it was still worth making the trip. Although it was September the weather was still perfect, with no clouds in sight the entire time we were there.

For those wanting to relax, rewind and eat some yummy food (lots of tzatziki and gyros was consumed) Kos in Greece is an ideal choice.